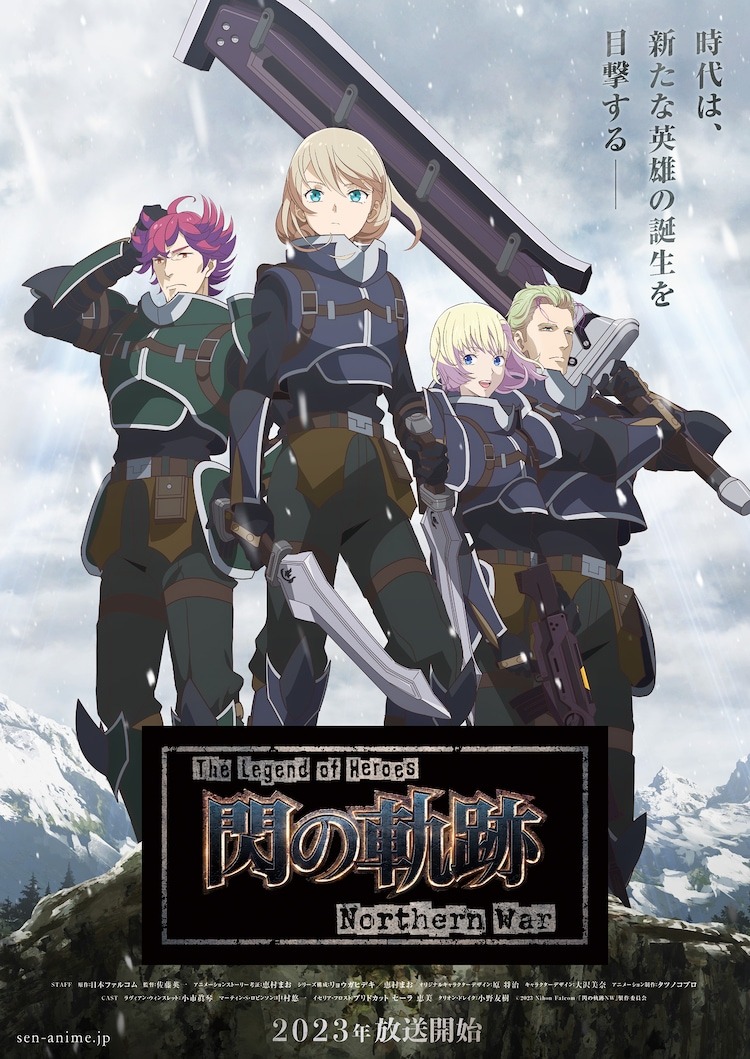 The official website for the anime The Legend of Heroes: Sen no Kiseki – Northern War, whose story is set in the same universe as the RPG game “Eiyuu Densetsu: Sen no Kiseki,” revealed a new promotional image on Friday. Along with this, the main cast of the series was revealed:
Cast:
-Makoto Koichi will do the voice of Lavian Winslet
-Yuuichi Nakamura will do the voice of Martin S. Robinson
-Sarah Emi Bridcutt will voice Iseria Frost
-Yuuki Ono will do the voice of Talion Drake
This series produced by Tatsunoko Production will premiere next year.