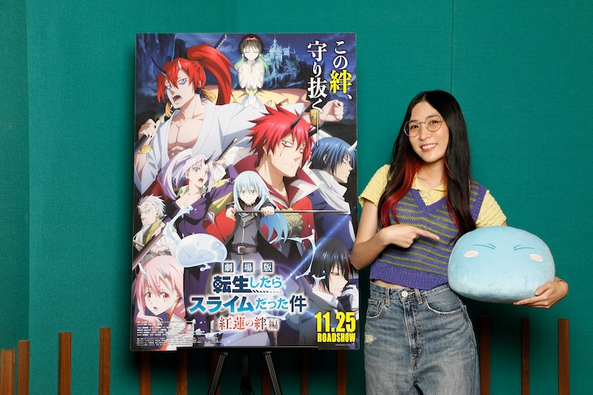 During an event for the animated film “Tensei Shitara Slime Datta Ken: Guren no Kizuna-hen” it has been revealed that Thai singer MindaRyn will be in charge of doing the main theme music for the film. Along with this it was also revealed that singer TRUE in conjunction with the Stereo Dive Foundation will also perform a song for the film.
This film produced by 8-bit will be released this November 25 in Japanese theaters.